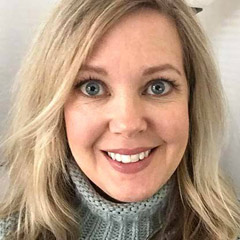 Anyone who’s ever been through a university journalism or marketing program can attest to this: The news kids aren’t exactly best buddies with the marketing crew. The news folks think the marketers are truth-twisting manipulators, and the marketers say the newsies are self-righteous, didactic nerds.

Well I’m a little bit of both.

That gap-bridging contradiction took graduation, 4 years in newspapers, and a new job at Etna Interactive to cultivate. Don’t get me wrong — back in school, as a journalism student, I rolled my eyes with the best of ’em. I would get just close enough to those other guys to finish a group project and hurry back to the student newspaper to laughingly impart some tidbit to my sniggering cohorts.

Sometime between those days and the day I sent a job application to Etna, my perspective changed. I understand the bad blood. The worst marketers do exploit consumers, and the worst news jockeys do redefine “self-aggrandizement” on a daily basis. They’re natural enemies. But the best of us have so much in common.

When I left my job as a newspaper copy editor to come work as the editor for Etna Interactive’s copywriting team, it was a smooth transition. Sure, there was a ton to learn, and I’ve had my fair share of screw-ups. But much of the knowledge I had built and so many of the interests I was passionate about as a newswoman greased the skids for my marketing turn. Here’s what’s worked for me in both worlds:

Good marketing and good journalism serve people by connecting them with what they need to know. So although many of my old college buddies may joke at my next reunion that I’ve crossed over to the “dark side,” I can tell them to rest easy because I’m doing work that helps people. I wonder which side of the room I should stand on at that reunion. Better just stick to the punch bowl.

Ready for More From Your Marketing? We've made it easy to lead your marketing planning with our strategy inputs worksheet. Organize your business information and prepare for a meaningful conversation about your online marketing strategy.