Social Pulls Ahead Once Again 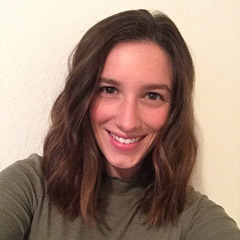 In the rat race of digital marketing, social media continues to prove itself. Whether researchers are measuring the amount of time users spend on mobile apps like Instagram, or the number of searches on YouTube each day, Internet users are relying on social media for more of their news, information, and entertainment.

Recently, two major shifts have occurred within the social media realm. The first of these concerns two kings of the Internet: Facebook and Google. Believe it or not, Facebook outranked Google for the number of referrals to digital publications not one, but two months in a row this summer. According to a study by Parse.ly, there were more referrals converted through Facebook in June 2015 and again in July 2015 than through all Google sites combined.

These facts are supported by Facebook’s recent milestone, having over one billion users logged in on a single weekday in August. Though experts have not made any assumptions about the continuity of Facebook’s lead for referrals, we are willing to bet that Facebook will continue to pull its own weight, at least staying neck-in-neck with Google for an extended period.

So, what does this mean for small practices? Mainly, two key takeaways.

First, it is increasingly important for your practice to be active on social media, especially Facebook. As data shows, people are using Facebook as a leading source for information. When someone searches for information about your industry and location, you will want your page to be available with a clean, professional, active timeline and useful content for your customers. Content should also be updated consistently, at least a few times each week. The more active you are, the higher your engagement can become, and the more people that will see you practice in social and search platforms.

If you have more questions about these changes in social media and how they may impact your practice, don’t hesitate to contact us. We are here to help!

0 Responses to Social Pulls Ahead Once Again

Ready for More From Your Marketing? We've made it easy to lead your marketing planning with our strategy inputs worksheet. Organize your business information and prepare for a meaningful conversation about your online marketing strategy.